Are you frustrated with the lack of dairy-free, gluten-free, or vegan food trucks in Milwaukee? Recently, I was lucky enough to chat with Steve Perlstein and Jennifer Block, purveyors of delicious soups, salads, sandwiches, and anything else they can dream up for the fabulous new food truck, Simmer Milwaukee. Their truck has a wealth of options for people with alternative diets, and we had a great conversation.

Dairy-Free State: First things first, how did you get started in the food truck business?

Steve: Well, I’ve been a chef for about 12 or 13 years and most recently I was the chef partner at Buca di Beppo.  I’ve wanted to be independent and be my own boss for a long time and when I left Buca in January, Jennifer and I started talking originally about an actual brick and mortar restaurant – a soup restaurant – and the more we talked about it, the more it just made sense with a lower investment and the flexibility and the cool factor…to have the truck.

DFS: Cool. So, what made you decide on doing soup as opposed to anything else?

Steve: I love making it and I love eating it. There’s enough burger and sandwich and taco trucks around. You want something unique.

Jennifer: It’s so versatile, we can do vegetarian, vegan, we can do regular meat, we could do a lot.

Steve: The gluten-free angle and the vegan angle have been just huge for us. People who are looking for vegan food or gluten-free food have just gone out of their way to try and find us. It’s been really amazing.

Jennifer: I mean I’ve had a lot of trouble myself because I’m vegetarian and I’m gluten-free and I don’t really do a lot of dairy, but if I ever wanted to get anything off of food trucks there’s almost nothing.

Steve: When we went to Summerfest, poor Jennifer trying to find something to eat, it was like an adventure. It was really hard.

We were at the Urban Island Beach Party…and we had an amazing day because we were the only gluten-free option and pretty much the only vegan option there. There were an awful lot of people who came by and some people were so emotional and just thanking us for being there and for existing and it was just, it was a good feeling. 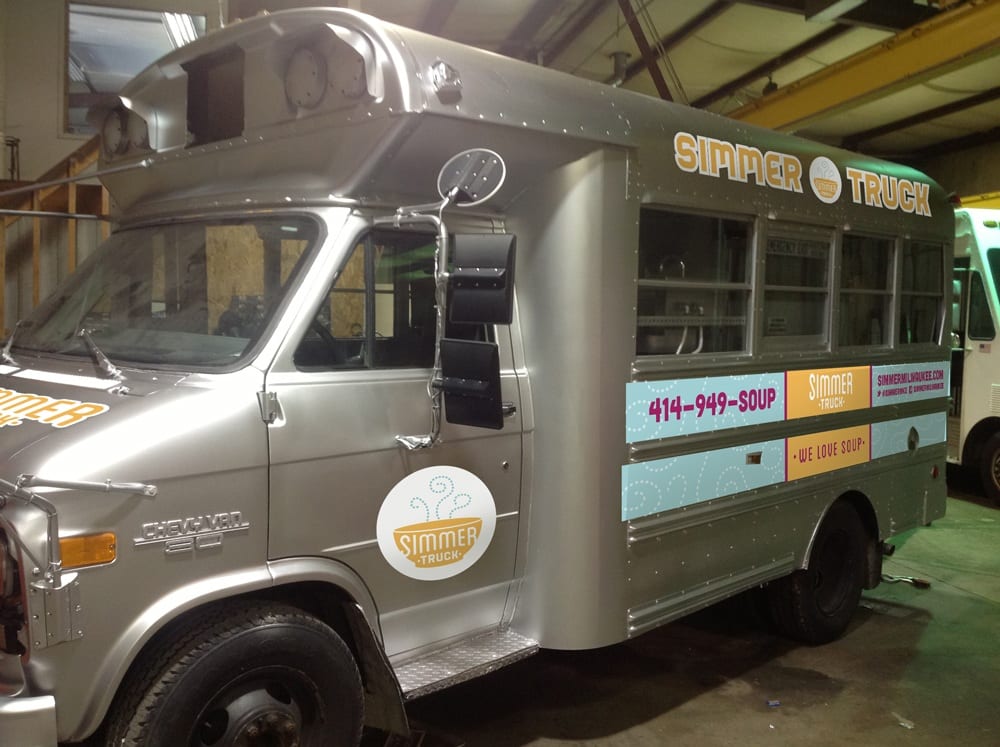 DFS: So, you said you worked at Buca, what other food and beverage experience have you had?

Steve: I was the chef at a couple of upscale golf courses and banquet facilities in the Chicago area. We lived in Chicago for about 14 years, and it was when we lived in Chicago that I left publishing and became a chef. It was always working for someone else so this is our first time really on our own which has been very cool.

DFS: Are you guys originally from here?

Steve: I’m originally from Milwaukee, Nicolet class of ’84. I just moved back a year ago. I can’t even tell you how different this city is now from 28 years ago.

DFS: What do you feel like are the differences between the food environment in Chicago and Milwaukee?

Steve: It’s way more accessible. It’s really exciting right now and it’s a lot friendlier. We were really accepted in the food community right away, and people are reaching out to help us and not just in the food truck community…but just in general, we get Twitter messages from Odd Duck all the time and we love Odd Duck so that’s awesome. 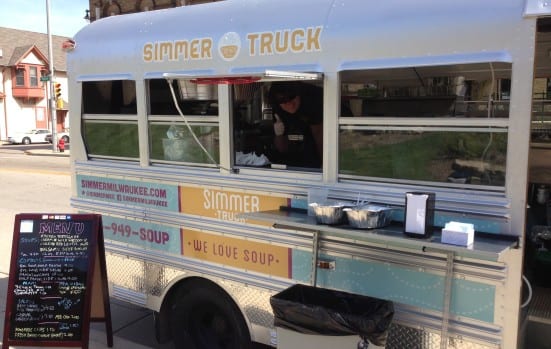 DFS: So where do you normally station yourselves, or do you kind of go all over?

Steve: We have a lot of weekends in the next month that are or may be booked up, which is good, but we’re not gonna be at Beans and Barley as much on Saturdays.

We’re really working hard to develop our catering…We’ll customize –  somebody wants a vegan dinner menu or a menu with vegan options that’s something that’s easy for us to do. Oh yeah! And then we’re doing the Vegan Milwaukee Meetup on August 19th.

DFS: So if someone wanted to book you for a special event how far in advance should they contact you?

Steve: Well, I mean, the further the better…but if you call me this week and you have an event next week and we’re available we’ll do it. It’s the two of us and we’re really small and nimble and flexible and our kitchen has four wheels and an engine so we can go anywhere.

DFS: So what are your favorite creations you’ve come up with so far with on your truck?

Steve: I really enjoy doing the risotto because I get to cook it to order on the truck. It was fun because I can play chef and do things to order.

Jennifer: We do the meals in a bowl which are really fun and this week we had a red lentil daal with cabbage and over brown rice…And with the torch on the truck, we’ve been able to make vegan crème brûlée.

Steve: We had the torch on the truck, we’re using it for French Onion soup and we’re like “Hey, we’ve got this torch, let’s do crème brûlée”, you know? It’s fun just to come up with ideas and then make them happen pretty much right away.

DFS: Do you have advice for anybody who would want to get into the food truck business?

Steve: You have to know that however much work you think it is, it’s about fifty times more than that. It’s really fun and it’s incredibly rewarding but it is a ridiculous amount of work.

If something can go wrong it will go wrong, There’s all kinds of wrinkles that are gonna derail you but if you plan for that stuff as much as you can and roll with the punches and if you’re willing to put in I can’t even count how many hours a week, it can be a pretty good business.

Find Simmer Milwaukee next at…

Steve: We might be going down to a couple festivals in Chicago. We might be at the North Coast music festival and at RiotFest.

(Make sure to check them out at the Milwaukee Vegan Meetup, too)