At the beginning of fall last year, I took a visit to Willoway Farm, an 8 acre farm located in Fredonia, Wisconsin. Below is information I gathered from the conversation I had with one of the co-owners of the farm, Jacqui. Peppered through this post are a few updates that I received from Jacqui this past week about updates on the farm.

If you’re interested in signing up for a CSA (maybe getting better food into your diet is part of your resolution? Or you just love CSAs?) you can learn about sign-up with Willoway here. 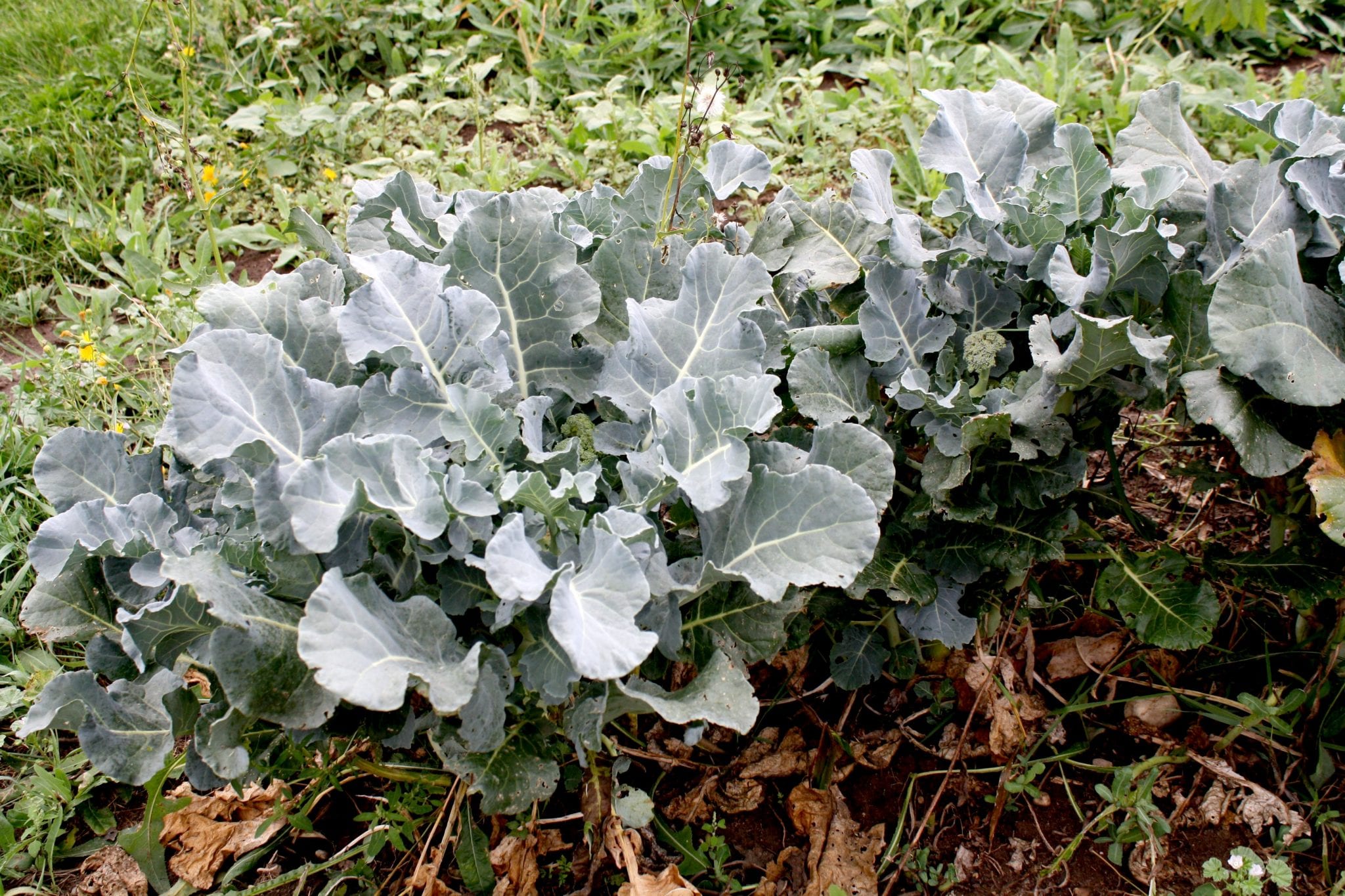 Of the 8 acres at Willoway farm, about an acre and a half of it is garden space, where they grow crops like strawberries, melons, perennial vegetables like asparagus, and many other vegetables. The type of planting is called French Intensive gardening. Says Jacqui, “It’s very compact gardening, lots of companion planting, so it’s not like a whole monoculture of crops, it’s actually…typically more like two rows to one crop.”

Jacqui went on to show me a plant she used that was supposed to deter cucumber beetles, called nasturtium. The flowering plant grew right alongside the cucumbers. “I don’t really know if it did anything but I didn’t see any cucumber beetles this summer…it looks pretty and I was able to sell flowers and leaves to some chefs and whatnot, so it’s nice when I can put flowers with vegetables.”

Jacqui continued to lead me down the rows. I passed celery and leeks, summer squash, and tomato plants positioned next to basil. “Sometimes I put parsley, that’s supposed to enhance tomato flavor.” There was a great amount of variety in each well-tilled row. She pointed to her husband’s rototiller, and said between that and the compost put into the land, “he makes a bed that is so nice to plant in, it’s like cush. It’s not like when we first bought the farm.” Over the years, they’ve used lots of manures and composts into the land and by doing so, their farm has changed. “It’s kind of neat to have different kinds of soil where some crops do well there, others don’t do well there. Typically, we don’t go that much by soil type.” 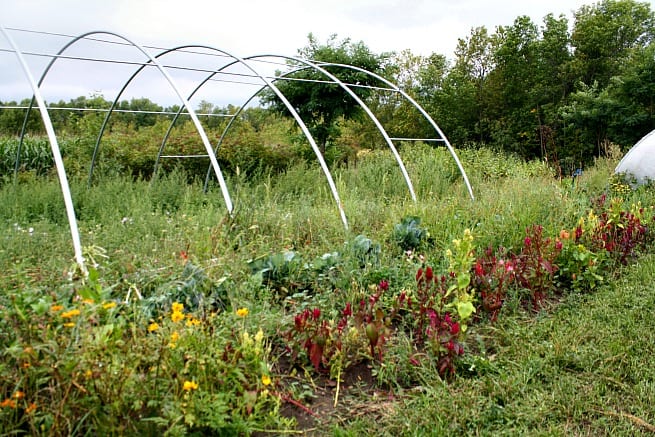 We passed by a hoop house, which should be fully operational by this year. They’re hoping to use it to plant early spring crops, or at the very least, early tomatoes. Then we walked through the fall section, which was filled with radishes, carrots, turnips, broccoli, fall cabbage, lettuce mix, and edamame.

When I arrived for the interview, they had just finished with a Tour de Farms visit, run by Braise (if you haven’t seen my interview with Dave Swanson, read it here). We talked about that a little and then about South Shore Farmer’s Market in Bay View.  It was their first summer at that particular market in 2013 and they ended up doing really well there, so if that’s where you do your summer shopping, make sure to stop by their booth. 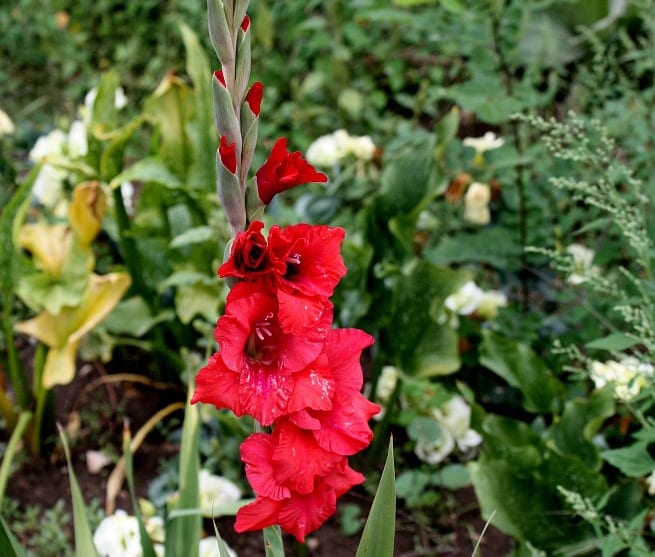 In addition to her own farm, Jacqui inspects organic farms part-time and she’s also trying to get her flower business off the ground. If you are interested in buying flowers from her, she’s got a flower share and also works a lot with bridal arrangements. She’s taken a flower arranging course and can make bouquets, floral arrangements, and bridal crowns.

On top of all the fruits, vegetables, and flowers, Willoway Farm is also home to sheep and chickens, plus 3 dogs they keep as pets. The farm is also part of a mini disc golf course. There are 7 holes on the Willoway property, and their neighbors’ land has 2 more.

Before owning and running Willoway Farm, Jacqui and Dan met in Montana, on a farm where Jacqui worked. In 2004, they moved to Wisconsin and went through the Michael Fields Agricultural Garden Student Program in East Troy. After gaining that experience, they worked on one acre in Northeast Pennsylvania, using about the same techniques they have on their Wisconsin farm. Says Jacqui, “We were going to go back but then we found this property for sale. It went on the market on a Thursday, we saw it on a Saturday…and we put a bid on it that Monday.”

Willoway also sells to local restaurants. Among them are Braise, Hinterland Gastropub, the Riverwest Co-Op, Beans and Barley, Weeds in Cedarburg, and Slow Pokes in Grafton.

There aren’t many events Willoway is hosting yet, but they hope to offer more in the future. Dan is currently offering consultations for planning a garden. For more information on that, check out their website. They have their CSA produce and Flower Share discounts available now until January 28th. There are two new locations where subscribers can pick up: Mequon Outpost and the Kewaskum Coffee Corner.

They are also offering brides 10% off of the total Floral Wedding Arrangement bill if they book by March 1st, so if you’re in the market for some beautiful wedding flowers, make sure to reach out to them soon.

The weekend before Easter, WIlloway will be hosting an Eco-Friendly Easter Egg Hunt. The eggs will contain flower or vegetable seeds that kids can take home and plant during the growing season. The hunt will be for children ages 4-12 and details will be posted to their website soon, so keep an eye for updates if you’re interested. Jacqui hopes to have more educational events for children in the future. 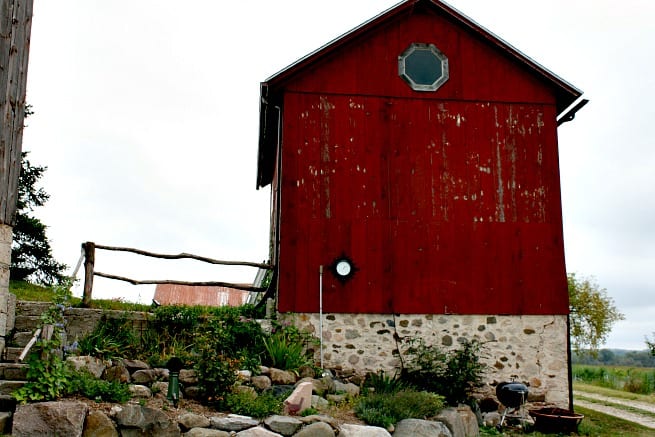 Once a year, they also host an open house for subscribers, usually in late September/early October. They’ll make chili and people can stop by and take a self tour.

In the near future, Jacqui hopes to have one of the buildings, an old milk house, run as a fully functional commercial kitchen, where she can sell processed and canned items from around August and September. The one thing I observed all around the farm was how much has already been developed since 2007 and how much they’re planning on growing and changing in the years to come.

2013: A Year in Review My New Year’s Resolutions