It’s officially the first day of summer (yay!) so I thought I’d write about a summer staple…s’mores! If you’re vegan, you might have thought s’mores eating was something you just couldn’t enjoy. You’re killin’ me, Smalls, of course you can!

Vegan chocolate isn’t that hard to come by, depending on how strict you are about it. I enjoy eating Chocolove 55% Dark Chocolate. It’s processed in the same facility as dairy products but is made on separate equipment from the milk chocolate. Chocolate Dream bars also work really well.

Then there’s the issue of graham crackers, most of which contain honey. Here’s the thing: Nabisco Original Graham Crackers are on PETA’s “Accidentally Vegan” list, if you’re really in a pinch for vegan grahams. The ingredients aren’t the best (trans fats) but if it’s for a special camping trip, let yourself live a little. Otherwise, Vegan Essentials has a thicker alternative. I haven’t tried them but they seemed to have gotten more positive reviews than negative. 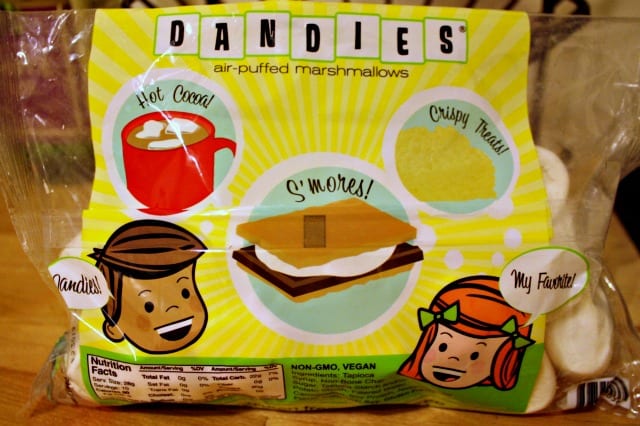 Now for my favorite part: Vegan Dandies! If you haven’t tried these delicious marshmallows already, you might want to buy two bags. I’ve used them for marshmallow fluff, melted them into Rice Krispies, and used them to top fruit pizza, but the best way to eat these guys is in s’mores. If you’re doing this in a microwave and not over a fire, however, keep a close eye and be quick about stopping the nuke. They tend to expand suddenly.

What other summer foods would you like to see made vegan or dairy-free?